The Muscular Moving Men corporate office is located 15 miles from Carefree, AZ so our teams are never too far away. With homes being larger in size within the area, it can be a good idea to schedule an onsite moving estimate from our team of Certified Estimators.

No other Arizona-based moving company is closer to Carefree, AZ than Muscular Moving Men. When the company was originally founded in 2008, Co-Founder Justin Hodge lived in the area and still spends time there to this day. “Carefree is where I grew up from the ages of 7 to 18 and my father still owns a ranch in the area to this day. The people and homes in the area are really one of a kind and we are excited to travel there every time we book a client.” 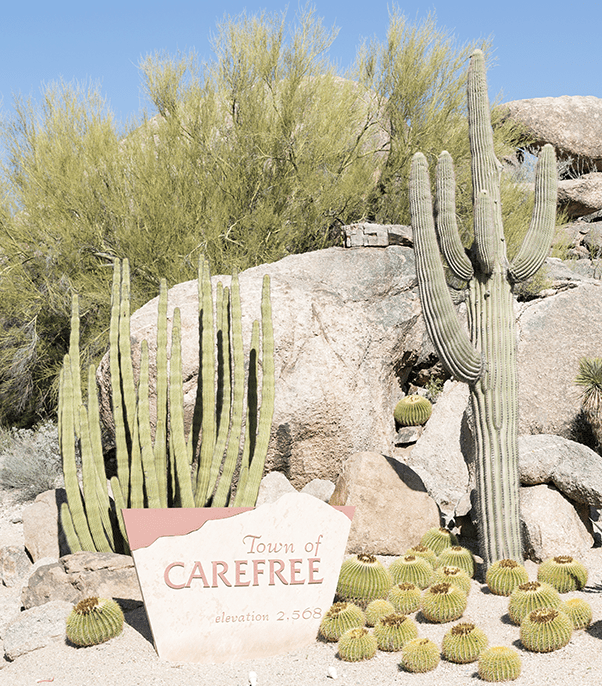 Get a Quote
Carefree Moving

We can help with all of your Carefree local moving needs. Trust Our Professional Crews to take care of your valuables and efficiently get your items to your new home. 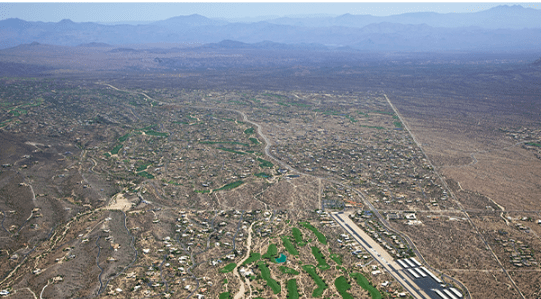 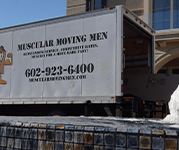 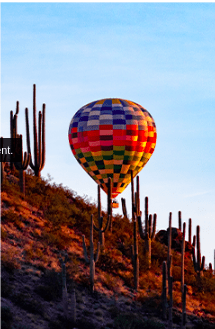 Located in the Northeast region of the Phoenix metro area Carefree is characterized as an upscale residential area. At 2,200 feet the Carefree area sits amongst a lush desert landscape. The town itself would be defined as a small town with small town charm. However, there is no shortage of local amenities with the greater Phoenix metro area only a short drive away. It’s no wonder why so many who move to Carefree fall in love with its charm.

Carefree was conceived in the mid-1950s by business partners K.T. Palmer and Tom Darlington as a master-planned community. Land sales commenced in 1955 and home building started in 1958. Carefree was incorporated in 1984 to avoid annexation from neighboring Scottsdale. The city is 17 miles west of Bartlett lake and at the foot of Black Mountain. Making this area a great place to move to.

Getting To Know Care Free

If you’re moving to Carefree, know that it’s all about getting out and getting going. Once you settle in after your Carefree move, you’ll want to get out and explore. Carefree is in an area that provides some of the most scenic lakes and views of the entire Phoenix area. About 20 miles to the east of Carefree is Bartlett lake. This lake offers a variety of outdoor activities that includes shoreline camping in the desert with abundant opportunities to catch glimpses of the native wildlife.

If you happen to be a bit of a golfer, then you’ll love your decision to move to Carefree. There are more than 20 golf courses in and closely around the Carefree area that offer a complete range of challenges and desert terrains. The signature golf course of the area would be at the Desert Forest golf club. Carved out of the desert in 1962, this course boasts that from virtually every hole and lie on the course you’ll be able to take in some of the most beautiful views of the surrounding Sonoran Desert.

Of course, after your move to Carefree, you’ll be hungry. The Dining scene in Carefree is not short of options. There is a multitude of eateries and restaurants that range from small and quaint bistros to eclectic cafes and full up-scale restaurants.

That being said, if you are new to the Cave Creek area a good place to get started admiring the beauty of the are is the Cave Creek Regional Park. This is a great place for a bit of outdoor activity as the park offers a variety of trails that you can simply match to your fitness and skill level.

Be sure to stop by the historic Spanish Village located in the heart of downtown Carefree. This area is one of the most picturesque and historic properties of the area that has maintained its appeal to both locals and visitors for many decades.

One of the most iconic sites in Carefree, AZ is the Boulders Resort & Spa. A favorite of travelers and valley residents, this one of a kind destination that would be a fantastic way to kick off the unpacking party once settled in your new home after your Carefree move. This secluded escape in the beautiful Sonoran Desert is the place to go and decompress after all the activities involved with your move to Carefree. The spa resort has a whole list of activities that you can choose from such as a variety of different spa treatments, areas for quiet meditation, golf, tennis, or even get out for a refreshing walk along the nature trail or a hike.

Whatever the Carefree moving options you may be considering, rest assured Muscular Moving Men can handle it. We can help you with information about Carefree neighborhoods what restaurants would be good for that first night’s dinner in the new town. Trust the company that was founder in Arizona in 2008 and owned by founders who were born and raised right nearby. We know this area, and we are ready to be your Carefree movers.

Carefree By The Numbers

As with any move there is much to consider even beyond when it comes to looking for a top-quality Carefree, Arizona moving company. At Muscular Moving Men we are obsessed with being the best and delivering the best customer experience so you won’t have to worry about the move itself and can concentrate on getting settled in as quickly as possible after your Carefree move.

Get in touch with the professionals at Muscular Moving Men and as your Carefree movers, we’ll handle all the details of your move so you can experience what a difference a stress-free move really is.